It has been reported that Arsenal goalkeeper Wojciech Szczesny is delighted to see Alex Oxlade-Chamberlain back in action. 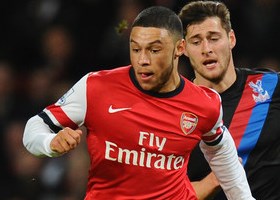 The Ox struck twice in victory over Crystal Palace on Sunday.

The Poland international said : “It’s fantastic to see him back after a long-term injury,”.

“Alex has played mostly out wide for us. But we’ve seen him play in the middle a few times and he plays there in training so we know his qualities.

“He can go past players, he can score – which he has shown – and we hope he can keep it going, because if he keeps producing performances like that he will be a very important player for us.”