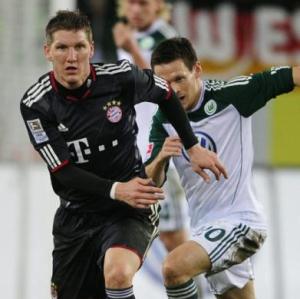 Bayern Munich missed scores of chances, including a first-half penalty, before allowing Wolfsburg to snatch a late equaliser and claim a 1-1 draw that left the champions 16 points off the top.

The result could spell a premature end to their title hopes after 18 games although second-placed Mainz 05 and Bayer Leverkusen, also on 33 points in third spot, plunged to defeat.

“We are all very disappointed,” said Bayern coach Louis van Gaal. “It should have been 3-0 at halftime for us but instead we made mistakes.

“You can’t win if you make mistakes like that.”