It has been reported that Wolfsburg insist they want to retain the services of star midfielder Luiz Gustavo. 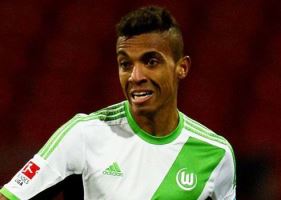 The 26-year old Brazilian, who joined die Wolfe from Bayern Munich last summer, has been linked with Arsenal as well as Barcelona in recent times.

Despite signing a five-year deal with Wolfsburg, Gustavo has suggested he would love to play for the Gunners while also welcoming interest from Barca.

“We are very happy to have Luiz Gustavo,” Allofs told Kicker-Sportmagazin.

“He is a regular first-team player and he is also an important player for the team.

“He has a long-term deal at our club. Of course, he is a Brazil international player and we know there could be a lot of changes to this if he is going to play a pivotal role at the World Cup.”