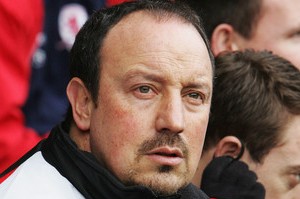 Liverpool suffered a severe blow to their hopes of securing Champions League football as they were frustrated by Mick McCarthy’s side in a goalless draw at Molineux.

The Reds actually moved above Manchester City on goal difference into fifth spot with a share of the spoils but have played two games more.

In contrast, it was a precious point for Wolves in their battle to stay in the top flight.

Liverpool boss Rafael Benitez, whose agent has played down reports linking the Spaniard with a move to Juventus, saw his side dominate the opening 45 minutes in terms of possession.