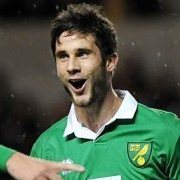 Wolves twice came from behind to rescue a precious point in their battle for Premier League survival against Norwich at Molineux.

Former Wolves midfielder Andrew Surman broke the deadlock only for Sylvan Ebanks-Blake, who replaced the axed Kevin Doyle, to level before half-time.

Doyle has managed just two goals this season and he paid the price as Wolves boss Mick McCarthy gave Ebanks-Blake his first start since the 2-2 home draw with Swansea in October – the only change from the side beaten at home by Stoke on Saturday.

Norwich boss Paul Lambert kept faith with the side which earned a creditable 1-1 draw at Everton at the weekend.