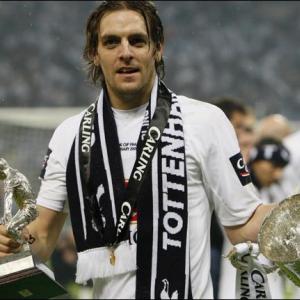 Bad news for all Tottenham Hotspurs fans as reports are surfacing that Jonathan Woodgate’s career at White Hart lane is hanging in the balance.

According to the London Evening Standard the former Newcastle and Real Madrid star’s future in football is looking increasingly bleak as he continues to struggle with a groin injury that has sidelined him since last November.

It is believed that Tottenham boss Harry Redknapp will not include the England defender in his 25-man squad for the new Premier League season that has to be named by 1 September.

That would rule Woodgate out until January at the earliest when the transfer window re-opens and the initial list can be changed.

Redknapp had already said that July was “make or break” for the former England international.

Redknapp said last night: “Jonathan will not be fit for the start of the season.

“He’s in a position where he can’t train or kick a ball.”