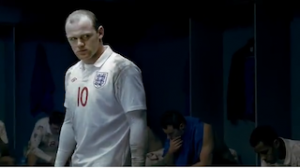 Nike today unveils an action-packed film that brings together some of the world’s greatest players to inspire football lovers and sports fans around the world. The epic three-minute “Write the Future” film takes people on a journey that dramatically captures that one moment when headlines are written from a single pass, or one strike can bring a nation eternal happiness, while bringing others to their knees.

The Most Retarded Goal Celebration In Football History? – Video