Xabi Alonso feels that Real Madrid let themselves down in their draw with Real Valladolid.

The result is a blow to Real’s title hopes. 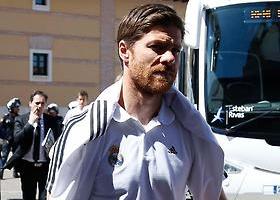 The Spanish international conceded: “It’s not over, but it is now difficult. There is a small chance left but it is very unlikely. We have to do everything possible until the end. In the second half we lacked the intensity, focus and tempo demanded by the match. A lot was at stake for them and we were unable to maintain our tempo.

“There are a lot of matches in La Liga and it’s complicated. We haven’t thrown it away but we’ve let points slip in certain matches and I don’t think that would have happened if we were playing the football we are capable of.” Jose Mourinho : I Am The Best Coach In The World!