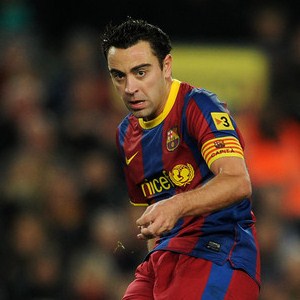 Barcelona captain, Xavi Hernandez has blasted Arsenal’s performance in their 3-1 defeat to Barcelona on Tuesday night, claiming that he was disappointed by the lack of intent shown by the Gunners.

The Wold Cup winning midfielder was also surprised by the overly-cautious approach of an Arsenal side that won the first leg 2-1 thanks to some expert counter-attacking.

“This is a fair result,” Xavi told the Barcelona official website.

“We were the superior team both in the away game and at home. There’s justice in football. They had clearly come here to defend. They didn’t even have one single shot on goal. I expected a lot more from them to be honest.

“[Javier] Mascherano and [Sergio] Busquets are simply amazing for the team, while Leo [Messi] once again stepped up to make the difference. The only thing that could have been better was our finishing. We should have scored more and we suffered too much. We could have killed the game a lot sooner.

“Arsenal really didn’t want to play football. All they cared about was defending. The red card did affect the game, but the decision was right in my opinion.”

Thierry Henry Urging Xavi To End His Career With Barcelona

Javier Pastore : It Will Be An Honour To Play For Real Madrid, Barcelona