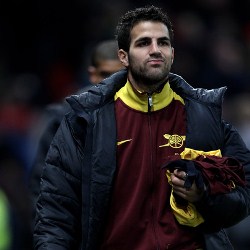 As the saga involving Fabregas’ return to Catalonia continues, Xavi revealed that the 24-year old Gunners captain can provide plenty of cover for the likes of Andres Iniesta, Javier Mascherano, Seydou Keita and himself.

Xavi told ESPN : “Cesc is a footballer who would come to add to this squad,”.

“Our strength is in the midfield and we need many players for this area.

“Fabregas is a player that, if he comes, will help us play in different ways. He has the final pass on him and he can score too.

“He grew up here with Barcelona. He would adapt perfectly to our style of play.”