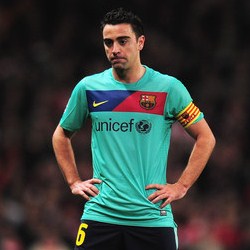 Barcelona’s midfield playmaker, Xavi Hernandez is confident of shaking off his calf injury before their Champions League return-leg clash with Arsenal.

The World Cup winning midfielder is optimistic that he will be able to make the Valencia clash, a week before Barca tackle Arsenal again in the Champions League.

“We’ll see how it develops but in principle I could be fit for the Valencia game,” said the 31-year-old.

“These are feelings you have yourself.

“Last year I played with a similar injury but each person has their own sensations, if they feel mentally prepared.”

Paulo Henrique Ganso Wants To Play In The La Liga

Iker Casillas : We Were Superior To Barcelona!