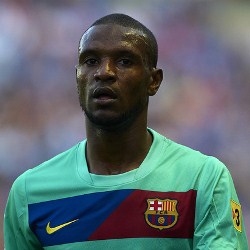 Barcelona midfielder Xavi Hernandez has admitted that Eric Abidal’s recovery from surgery is an inspiration.

The Barcelona fullback is set for a start in Wembley against Manchester United after having a tumour removed from his liver earlier this year.

The Spanish international said that he has been amazed by his team-mate’s rapid return to action ahead of this Saturday’s Champions League final against Manchester United at Wembley.

Xavi said : “He has shown he is an example to all humanity,”.

“For everything he represents – his values, his competitiveness, his recovery, his involvement, and overcoming and wanting to be back. You wouldn’t have thought he had even had an operation.”

Xavi praised Abidal’s handling of his illness, saying: “I haven’t lived a situation as bad as that – it was a question of life or death.

“Now he is back and he’s just as strong as he was before the operation – it’s amazing.

“He’s an example for so many people. He transmitted such calm. We were more anxious than he was. His return is great news.” 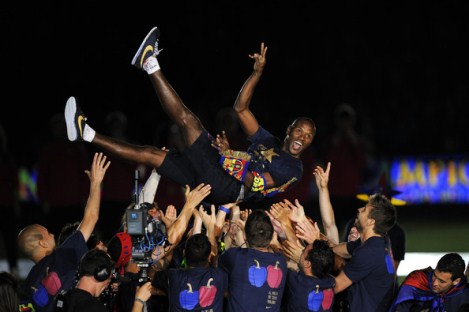 Pep Guardiola : Barcelona Must Keep Winning Until The End!