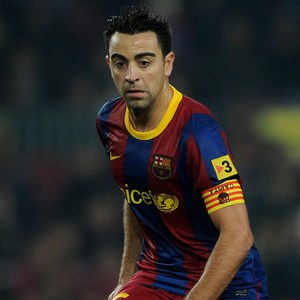 Barcelona midfielder Xavi Hernandez made his 549th appearance for the club on Sunday, equalling the club record set by Migueli during the 1980s.

The 30-year-old World Cup winning star was joined by Migueli in the centre circle at the Nou Camp before kickoff, and returned there after the final whistle to take the applause of the home fans.

Xavi told Spanish television : “I’m very proud to be able to wear this shirt and to match a Barcelona legend like Migueli,”.

“I want to continue defending these colours with all my heart and soul, and to win more titles. I am very pleased.”

Barcelona’s coach, Pep Guardiola said : “What he has achieved is of gigantic proportions.

“I played 300 games, which I thought was a huge amount. Migueli played 549 and retired aged 38. Xavi has already played these 549 games and he is only 30, and has survived an operation on a cruciate ligament.

“It wouldn’t surprise me if he reached 700 games.”

Xavi joined the Catalan club aged 11 in 1991, and has gone on to play in 367 league matches and 110 Champions League games, winning five La Liga titles and two European Cups.

Former Barca defender Migueli made his debut in 1973 and retired 16 seasons later. 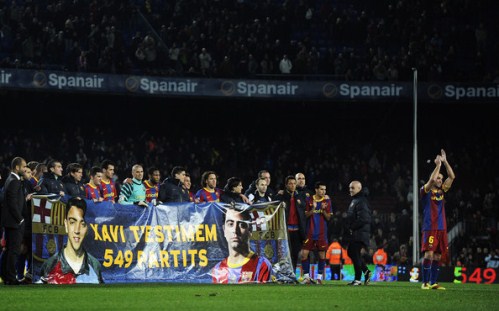