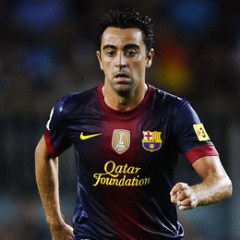 According to the agent of Xavi Hernandez, Barcelona is ready to offer his client a new deal.

The 32 year old Spanish international midfielder continues to flourish in midfield alongside Andres Iniesta so it is little wonder representative Ivan Corretja hinted Barcelona want to extend his deal.

Corretja said to Esport3 : “Last Friday the club sent us its intention to renew the contract because they want Xavi to sign a new deal, given that the current one ends in 2014,”.

“Therefore it is normal that we begin to talk about these issues because in June it would be too late.”