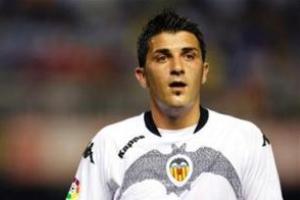 Valencia cruised to a 3-1 victory at basement club Xerez to strengthen their hold on third place in La Liga.

Ever Banega set up Juan Mata for the opener in the 11th minute but Xerez netted a rare goal when Carlos Calvo scored after a sweeping counter-attack.

David Villa laid on Valencia’s second for David Silva in the 33rd and Carlos Marchena charged through the middle in the 69th to make it 3-1 with a spectacular solo effort.

Valencia have 35 points from 17 games, three short of Real Madrid who were playing Mallorca at the Bernabeu.