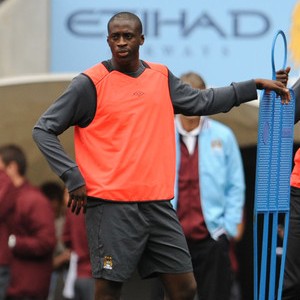 The former Barcelona hardman has been outstanding in City colours so far this season.

He told the club’s website: “We are mostly a new team and we’ll get stronger together and the understanding will get better each time we play.

“I like my role in the team a lot because it allows me to get forward and join the attacks, which I enjoy.

“I also love the atmosphere at the grounds in England and the passion of the fans. The football is quicker and the tackles tend to fly in, but I’m feeling very settled already and, as I say, there is much more to come from myself and this team.”