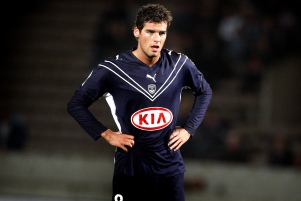 Bordeaux star midfielder Yoann Gourcuff has revealed that he dreams of playing for Spanish giants FC Barcelona one day.

Gourcuff has been sensational for Bordeaux since leaving AC Milan last year and has admitted that he has ambitions beyond his French club.

The talented midfielder told local French newspapers that we would definitely love to play for Barcelona.

Gourcuff also said that all the players on the Barcelona team should feel a great pleasure playing such football together and that it is the best team of the moment.

He also admitted that he is still far from being able to go to FC Barcelona, especially with their current midfield but said that his style is close in Barcelona’s approach to the style of play.

Ryan Giggs : Barcelona Can Be Beaten!