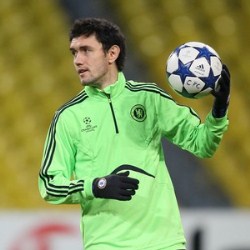 The 27-year old Russian international midfielder failed to make an impact at Stamford Bridge following his move from CSKA Moscow two years ago but is likely to join Anzhi for around £13.2million.

Lifesports has reported that Zhirkov has agreed personal terms with the club and will have a medical later this week whilst Aznhi chief executive German Chistyakov said a deal had not yet been done but indicated something is on the cards.

“We do not comment on rumours until the moment of an official announcement,” he told itv.com.

“When something becomes concrete we will certainly share the information.”

Ancelotti : I Don’t Know If Didier Drogba Was Happy