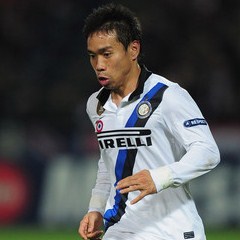 Inter Milan defender Yuto Nagatomo has urged Alessandro Del Piero to end his playing career in his homeland of Japan.

The Blue Samurai full-back says that there are plenty of supporters of the Juventus veteran and feels he could do worse than playing in Japan when his time in Turin is up.

“I have been following Italian football since I was seven years old and I could remember Del Piero playing,” Nagatomo told Il Corriere dello Sport.

“I saw Del Piero play in Tokyo for the 1996 Intercontinental Cup and I liked the way he helped Japan after the earthquake with his charity t-shirt.

“I hope he goes to play in Japan after his time at Juventus. It would be nice and I would like to see it happen as he has many fans there.

“Del Piero cannot imagine the amount of fans he has in Japan. I would advise him to move there.”

PREDICTION TIME – Who Do You Think Will Win The Milan Derby?