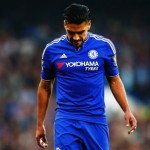 The Telegraph says Falcao is being eyed up by Zenit St Petersburg manager Andre Villas-Boas.

The Colombian international, who played under Villas-Boas at Porto in 2010/11, has been Diego Costa’s understudy at Stamford Bridge after spending last season on loan at Manchester United.

Falcao is willing to cut short his loan from Monaco in January and could be open to a reunion with AVB.