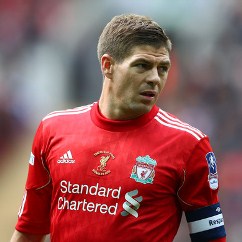 Liverpool paid for profligacy as goals from Hulk and Sergei Semak gave Zenit St Petersburg a commanding lead in the first leg of their Europa League tie.

Luis Suarez was guilty of several misses including a shot from five yards out and a curling effort just wide.
Hulk had already hit the post in the first half but smacked in a swerving shot after 70 minutes.

And three minutes later Semak tucked in at the back post to give Liverpool an uphill task in the second leg.
Suarez, who is Liverpool’s top scorer this season, also failed to test the Zenit keeper despite being clean through, and shot wide with two other chances.