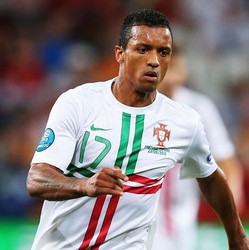 Sensational news are out claiming that Zenit St Petersburg have launched a bid for Manchester United winger Nani.

The Daily Mail reported that the Portugal international winger could find first-team football harder to come by at Old Trafford this season after the arrivals of Robin van Persie and Shinji Kagawa.

“The news about Nani is true,” Zenit coach Luciano Spalletti said on Friday.

“Everything will depend on how much players cost because we won’t pay excessive amounts of money.”

“If the club won’t sell a player, then there’s no thought of making an offer to the player himself.”