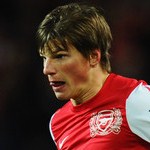 Reports have emerged that Zenit St Petersburg are looking to take Andrey Arshavin on loan from Arsenal.

The 30-year old Russian international spent all of his career with Zenit prior to his move to Arsenal in 2009 and the club has confirmed they would love to have him back on loan if the Gunners were open to the move.

“Arshavin would interest us in terms of having him on loan,” said Mitrofanov.

“(As well as helping Zenit) Andrey would also be well prepared for the upcoming Euro 2012 finals. The question is what Arsenal really want, would they want a loan deal?

“We had (initial) talks with them. Let’s see how they respond now.

“The fact is Andrey still wants to play in England. But he really wants to do well at Euro. (Zenit) would be a good solution for him in this case.”