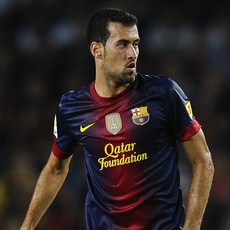 It has been revealed that Russian side Zenit St Petersburg are preparing a bid for Barcelona midfielder Sergio Busquets.

According to reports from AS, Zenit coach Luciano Spalletti sees Busquets as the ideal replacement for Igor Denisov, who was dumped from the first team after speaking out against the wages of new teammates Hulk and Axel Witsel.