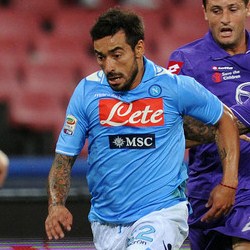 City powerbrokers, including manager Roberto Mancini, admit the Argentine is on their shopping list.

Tvoi Den says City will face competition from Zenit, which will make an opening offer of €18 million for Lavezzi in the coming weeks.

Napoli insiders insist they won’t consider parting with Lavezzi for less than €32 million. Carlos Tevez Not Ready To Return From Argentina