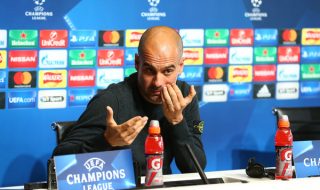 Manager Pep Guardiola says there was “no chance” Manchester City would have used Raheem Sterling as part of any deal to sign Arsenal’s Alexis Sanchez.

Arsenal had agreed a £60m deal with City for Sanchez, 28, but it was dependent on them signing Thomas Lemar, who decided to stay at Monaco.

Guardiola said the Gunners had wanted Sterling, 22, as part of the deal for his fellow attacker.

“They talked to me. I said ‘zero chance’,” said Guardiola.

“We said we would make a cash offer for Alexis. They accepted but they couldn’t sign the player they wanted, so he stayed at Arsenal.” Arsenal To Play Against MLS All-Stars In 2016