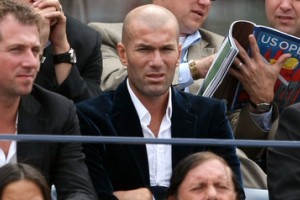 Zidane has been leading Real Madrid’s media work while the team has been in France for last night’s Champions League defeat at Olympique Lyon.

Ronaldo has been a hot topic in interviews for Zizou and again last night Zidane revealed that Ronaldo a real talent and not just a pretty face.

Zidane added that he trust Ronaldo so much with his game and that Ronaldo also gives confidence to others and that he can make a difference.

The former French international added that it is quite important what Ronaldo is doing, not only by what he is doing in the game but by how he is in everyday life, when it comes to training, his meals and that he is a great example for others.