It has been revealed that PSG striker Zlatan Ibrahimovic has paid tribute to former Barcelona teammate Lionel Messi. 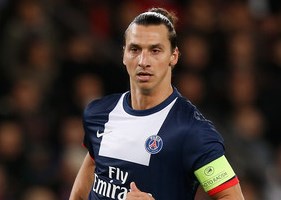 The 32 year old Sweden international has often been critical of Messi in the press since leaving Barca.

However he said yesterday: “Messi is extraordinary. He does things only seen in videogames. I saw his second goal against Getafe and it was incredible, magical. He’s back and he looks hungry. I really enjoy watching him play.”