PSG striker Zlatan Ibrahimovic has admitted that he has no regrets turning down trials at Arsenal. 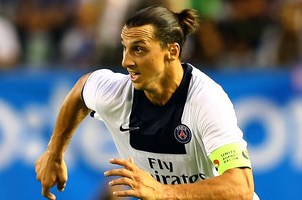 The Swedish international striker writes about meeting Arsenal boss Arsene Wenger as a teenager in his new book, ‘I am Zlatan Ibrahimovic’.

“I just sat in silence and was bashful, but after a while I lost my patience. Something about Wenger set me off. He would leap up every so often to check who was outside his window. It seemed as if he wanted to keep an eye on everything, and he kept going on about one thing all the time.

“‘You can have a trial with us,’ he said. ‘You can give it a try. You can test things out.’ No matter how much I wanted to behave, those words set me off.

“‘Give me a pair of boots. I’ll have a trial. I’ll do it right now,’ I said. Then Borg (Malmo’s sporting director, Hasse Borg) interrupted me, saying, ‘Stop, stop, we’ll sort this out, you’re not going to have a trial, not at all,’ and of course, I understood what he was getting at: either you’re interested, or you’re not.

“Having a trial puts you in a weak position, so we said no: ‘We’re sorry, Mr Wenger, but we are not interested.’ I’m sure it was the right decision, though.”