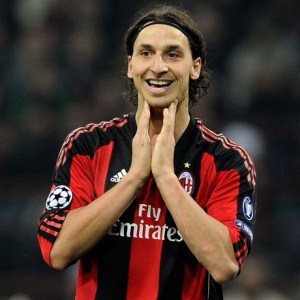 Zlatan Ibrahimovic has humbly played down his influence on AC Milan’s Serie A leadership.

Ibrahimovic said: “I wouldn’t like to be a talisman.

“It’s better to change rather than stay at a club for a long time because you learn through changing and a great player must be decisive in many clubs.

“You need motivation to be at your best. It’s always easier to seem strong at your home.

“Anyway Milan will be my last club. I believe that I will stop after the age of 33.

“I don’t want to stay and spit blood until the end.”

AC Milan Captain Massimo Ambrosini Has No Thoughts Of Retirement