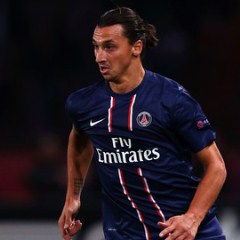 Zlatan Ibrahimovic has dismissed the threat of former club AC Milan in Europe.

The PSG striker revealed that he joined the French giants because he felt Milan were on the slide.

“I think that this Paris SG side is stronger than Milan,” stated the Swedish international striker.

“That is one of the reasons why I moved here.

“With the arrival of Thiago Silva, myself and other important players, PSG were able to buy great quality. At the same time, Milan lost quality.

“I totally believe in the Paris’ dream to become one of the best sides in Europe and the world, but we have to win to do that.”